From chapel to venue

Farewell to pews, hello to a home
with visitor appeal 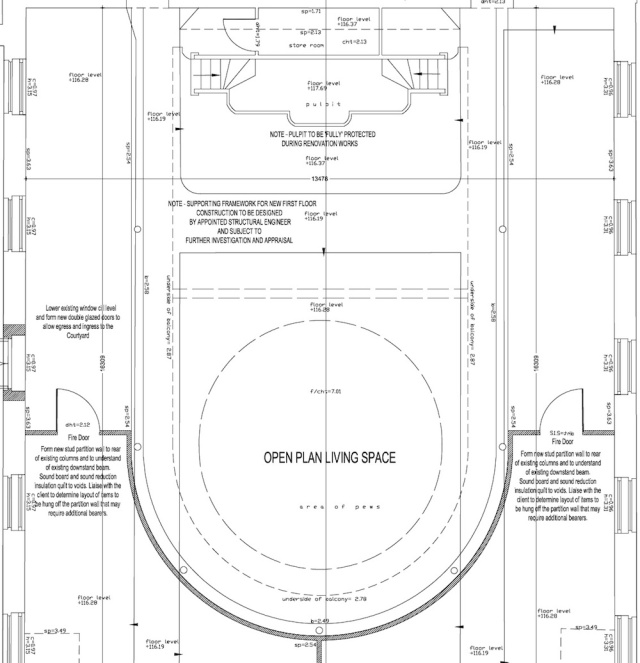 The Transept becomes a 1,700 sq ft ground-floor space for venue hire at the remodelled Chapel: east to west from window to window, bounded on the south side by the curve of the former balcony. Looking north towards the retained Victorian rostrum/pulpit, visitors will now see a new dining room at first-floor level adorned with a dazzling chandelier by Mark Brazier-Jones, as well as original stained-glass windows beyond. This meeting room also has a clear view to the ceiling 15m above. Copyright © Peach Architectural Design Ltd

Victorian pine pews for 1,000 worshippers were found new homes in the 21st century

That polystyrene ceiling just had to go!

Chapel with partition wall at rear of balcony awaiting demolition: four tiers for pews are visible within the balcony, with that terrible 1960s ceiling overhead

◼ Among the glories of Harrogate’s Wesleyan Chapel under conversion by the Dwelling Group were its ranks of marvellous antique wooden pews in red pine – enough for 1,000 worshippers – filling the ground floor and climbing by tiers in the balcony. With the building’s total change of use they had to go and fortunately there is an eager market for such furniture, not simply as timber but for recycling into premises both commercial and domestic which value traditional wood.

The one eyesore in the interior was its ceiling, a truly terrible suspended ceiling made of flimsy polystyrene which was erected after the 33 ft high Victorian plaster ceiling collapsed suddenly in the 1960s. Not only did the replacement look tacky but for some reason it had been lowered obtrusively along the nave’s centre line so for those seated in the gallery who raised their eyes to heaven, doubtless they’d have been rolling them too!

The fake ceiling took much effort to remove but we finally reached the original rafters which were in surprisingly fine fettle so that – after much needed exterior roof repairs – we were able to recreate a traditional plaster ceiling to match the spectacular convex cornice-work and mouldings that bordered the entire main hall. These decorative elements themselves needed some restoration so we created a mould from the best surviving corbel, for example, in order to recast replicas in plaster.

The outcome means that the principal bedroom over the Chapel’s front entrance at first-floor level has a 17ft ceiling and new rooms created along the east and west sides boast 13 ft. Within the U-shape of the retained pine balcony we’ve called the impressive open-plan space at the pulpit end The Transept. It measures 44 ft from side to side and can be adapted for events large and small. Visitors standing here are afforded a clear view of the atrium ceiling 33 ft above and they will also find a Juliet window and balcony letting into this space from the first-floor bedroom at front. 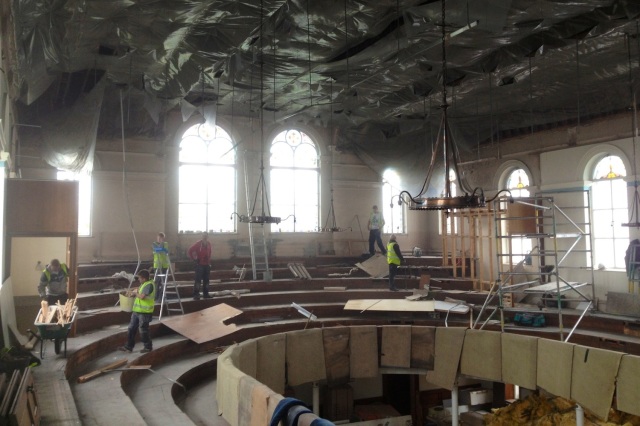 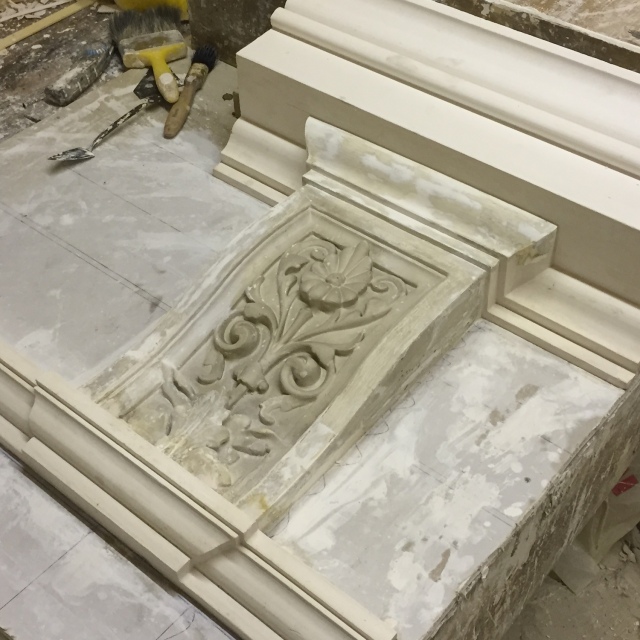