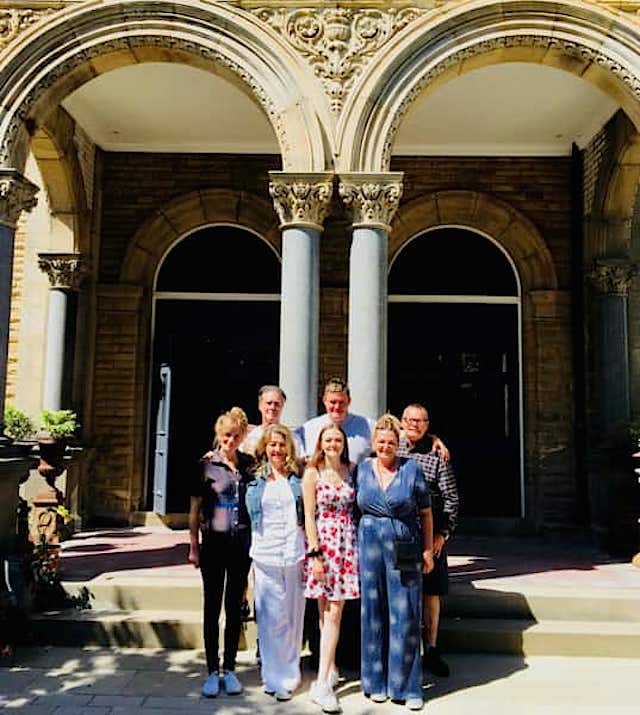 Yorkshire chapel to star on Channel 4’s Four in a Bed
From the Yorkshire Post, Friday 02 November 2018

◼ Praise be for converted the Yorkshire chapel that has brought its owner an exciting new life. After a gruelling three-year conversion of a huge, Italianate chapel in Harrogate, Mark Hinchliffe was emotionally, physically and financially exhausted.

The project, which featured on Channel 4’s Restoration Man and in this newspaper, ended with him turning the former place of worship into a boutique B&B with a series of spectacular themed suites.

“I thought that would be it. I saw myself running the B&B and having a quieter time so I’m amazed at what has happened since and it’s all down to this building,” he says.

Along with taking bookings and making breakfasts, he has been commissioned to design rooms in the home of a top Italian wine producer, hosted a myriad of weddings and events, made a pilot for a documentary, had magazine and product photoshoots and got a sneak preview of an upcoming soap storyline thanks to the cast and crew of Emmerdale, who shot scenes for the series inside the chapel.

His latest chapel adventure is taking part in the Four in a Bed TV series. The contest, which sees B&B and holiday let owners stay in each other’s properties before giving them marks out of ten, starts on Monday, November 5, at 5pm on Channel 4 and runs each evening until Friday, November 9.

“Four in a Bed was great fun but the whole of the last 16 months since I opened the B&B have been an amazing time,” he says of the series of exciting events.

“The owner of Ceretto Wines was visiting the Stuzzi restaurant in Harrogate and wanted to stay somewhere interesting so they booked him into my Chinese Opium suite and he loved what I’d done with the interiors here,” says Mark.

“He asked if I’d like to do some rooms in his house and invited me over to Italy,” says art collector Mark, who is now busy hunting down antiques, art and quirky finds for the project.

About The Chapel HG1